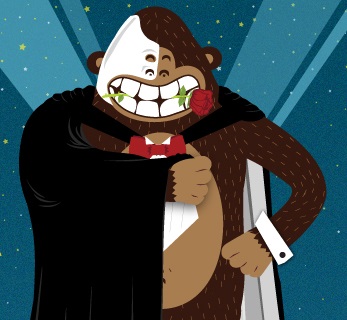 Once again the Sydney Comedy Festival has hit the town. Kicking off on the 20th of April and running through until 17 May, this annual event features shows from the likes of Noel Fielding, Jimeoin, Akmal and more. Get ready Sydney for some side splitting, knee slapping, tear jerking comedy shows from some of the best in the business.

With so many shows to see in this year’s comedy festival line up, we’ve got a recap on the highlights that are not to be missed.

One of Australia’s most well-known and highly sought after comedians, Akmal needs no further introduction. His shows typically touch on issues from religion to hysterical interpretations and views on modern day life in Australia and he has the unique ability to have you eating out of the palm of his hand as soon as he steps out onto that stage. His new, hour long show, ‘Lost’, is one that is not to be missed. His shows are almost guaranteed to sell-out so we recommend you get in quick before all the tickets are gone.

With her first show sold out already and a second one added this is one of the hot items on the list at this year’s comedy festival. Em has a list of talents a mile long including being a writer, comedian, singer, and television and radio presenter, making her one of our most talented performers. Her new show, ‘The Motherload’, promises to leave nothing to the imagination. It also promises to leave no swear word unsworn so take that as a forewarning of what’s to come.

One of the comedic greats, a master some would say, Jimeoin is back with another outstanding hour long gig. Guaranteed to be once again one of the hottest acts at the comedy festival, Jimeoin is well-known for his hilarious wit and unique observations of every-day life. He is a true audience favourite and we recommend if you are in Sydney the first weekend in May that you add his show onto your list of things to do.

For a full list of all the events and shows head over to the Sydney Comedy Festival website.

After watching a show by the likes of any of the above comedians, you’ll be laughing all the way home. Why not top off a great night of entertainment with an overnight stay in Sydney. Stay Relaxed with deluxe accommodation, a delicious buffet breakfast for two and parking for 1 vehicle.