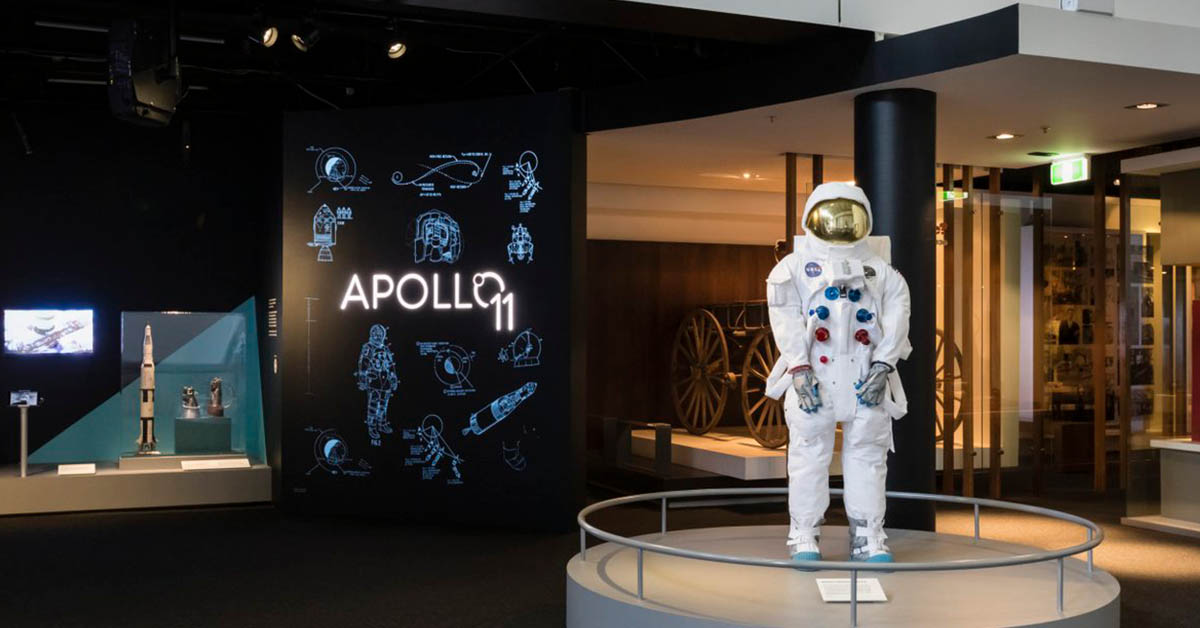 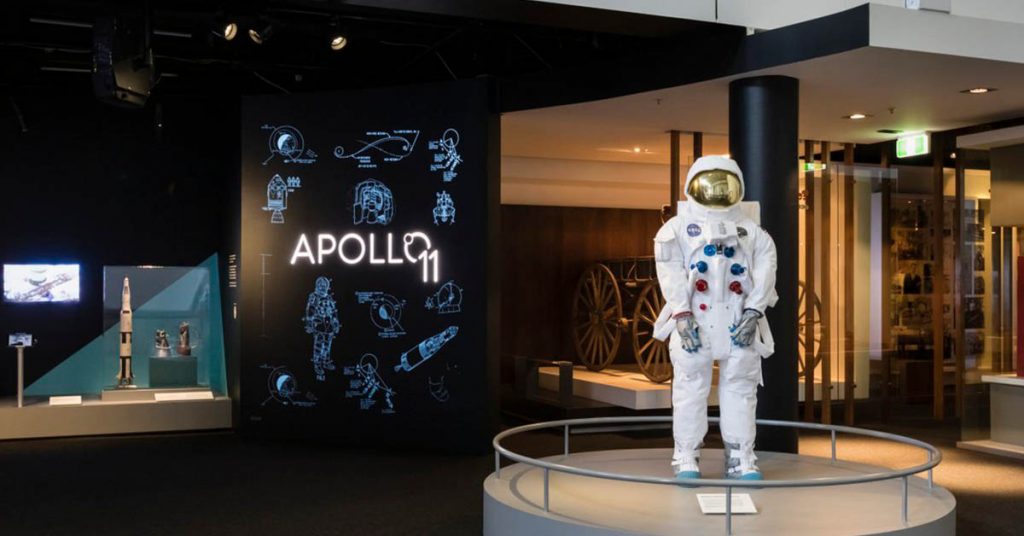 “This is one small step for man, one giant leap for mankind.”

On July 21, 1969, these words from astronaut Neil Armstrong echoed across the world as he took his first steps on the moon. The moon landing was a defining moment in human history and for good reason. 50 years on, the whole world celebrates this momentous event as we plan out mankind’s next step in the exploration of space.

The Apollo 11 Exhibition commemorates the 50th anniversary of the moon landing with over 200 items from the historic event. The exhibition explores the elements that made this historic moment possible and its impact on science, society and design as we see them today.

However, the exhibition is not just for science or space lovers. It has something in store for everybody!

The exhibition celebrating the historic moon landing goes beyond history as the audience are treated to a lecture from the Apollo 11 Exhibition curator Sarah Reeves on the Museum’s vast collection of items from space.

Curious visitors have the opportunity to discover mankind’s journey through space and learn about the Apollo missions and beyond to the cutting-edge discoveries of space exploration. They also get a chance to look at the moon, planets and stars through the solar telescope on the forecourt with the Sydney Observatory astronomers. 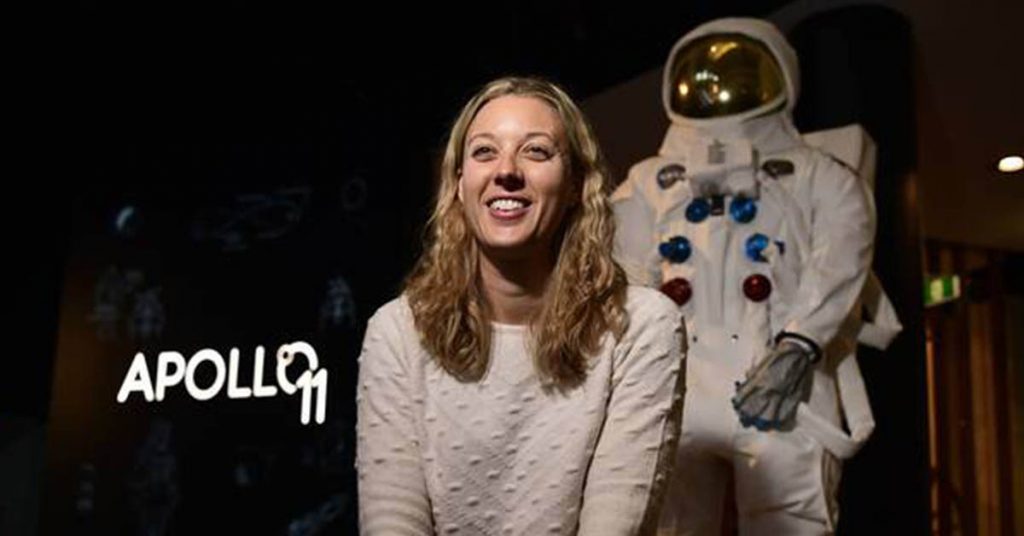 The digital planetarium then offers visitors an up-close and personal view of the galaxy like you’ve never seen it before. The detailed view of the stars, planets and space takes you on an otherworldly journey visually.

However, if the planetarium wasn’t amazing enough, there is a lot more to learn at the Apollo 11 Exhibition.

Exploration of Mars has been a topic of discussion in science and space exploration for a long time. The exhibition has recreated the Martian surface and visitors are able to see Mars rovers transverse through this reanimated terrain.

Museum of the Moon

An exhibition celebrating the 50th anniversary of the moon landing would be incomplete without the moon. So, the exhibition will also feature a presentation on Luke Jerram’s Museum of the Moon.

The installation is a seven-metres spherical artwork which combines detailed NASA imagery of the lunar surface, along with the moonlight and surround sound composed by BAFTA and Ivor Novello award-winning composer Dan Jones. He has also created music and soundscapes for large scale public artworks.

Each centimetre of the seven metres spherical sculpture represents 5 km of the moon’s surface. The installation which has toured to several countries overseas is an experience that will remain with you for a lifetime.

Also, any space exhibition would be incomplete without the ever-popular zero-gravity experience. So, visitors also have the opportunity to drop-in to the zero-gravity exhibit and experience the wonders of gravity like an astronaut.

The exhibition hosts a lot of ideas and new technology that will excite any space exploration enthusiast. However, the exhibition also offers activities that can spark a child’s creative interest in science.

The Space Odyssey Tinkertoreum is an out of the world playground for kids and lets them use their imagination and create things freely. From building their own rovers, buggies and mobiles to creating a space pod as a team, to watching a robot rove through the museum, the Tinkertoreum is a great place for kids to explore their imagination while also learning to appreciate the miracles of science.

The next time you visit the Apollo 11 Exhibition, remember that they have something special for the kids as well.

The exhibition will feature items from the Museum’s vast space collection from around the world. Some of these key items include a feed horn used on the iconic CSIRO Parkes Radio Telescope which was responsible for receiving some of the first images of the moonwalk; and parts of the Redstone Rocket that put the first American into space.

With the advancement in virtual reality technology, visitors now have an incredible opportunity to watch the moon landing from the unique perspective of Michael Collins, the third astronaut who remained in orbit aboard the Command Module during the moon landing. This virtual experience was developed in partnership with UNSW’s iCinema using innovative 3D modelling from the Smithsonian Institute.

There’s no better place in Sydney for families to celebrate the 50th anniversary of the moon landing and experience the mysteries of space with your family than at the Apollo 11 Exhibition. They have truly been successful in bringing the Apollo mission back to life.

The hotel is a short 15 minutes away from the Powerhouse Museum, which is the major branch of the Museum of Applied Arts & Sciences in Sydney, It is located in the old Ultimo Power Station building. 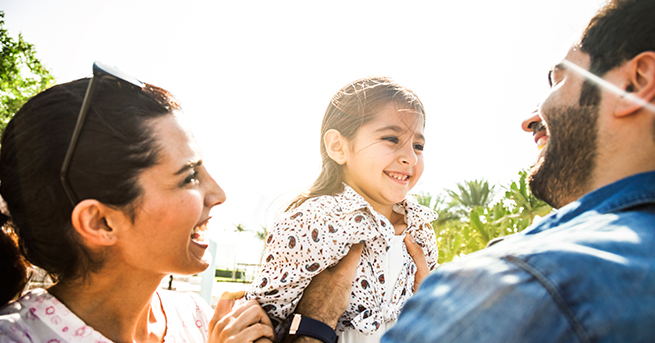 ‘Pre Pay & Save’ off your next stay