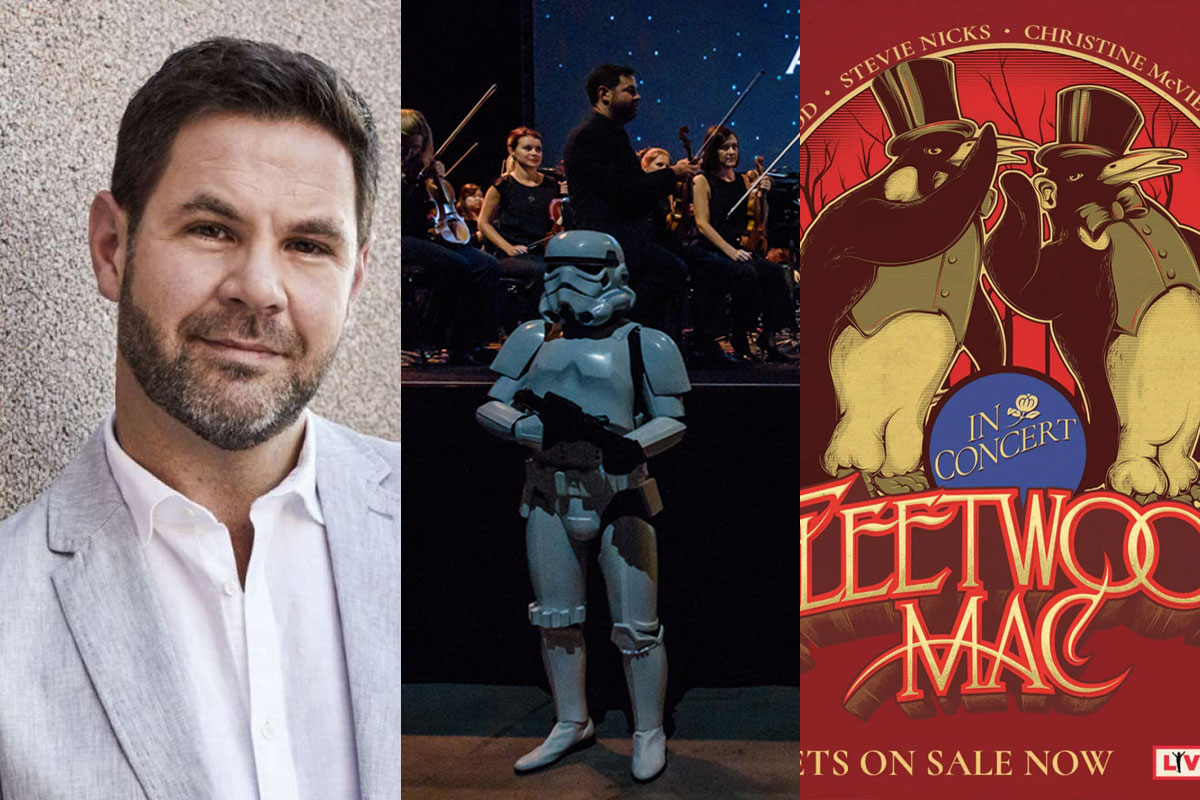 Mozart’s Symphony No.29 at the Sydney Opera House – 16th Aug

“Music, even in situations of the greatest horror, should never be painful to the ear but should flatter and charm it, and thereby always remain music.” – Wolfgang Amadeus Mozart

Composed by Mozart when he was only 18, Symphony No. 29  has a magnetic appeal that is authentically Mozartian and speaks the young man’s emerging compositional self-confidence and that led him to the opera houses from his own chamber.

Mozart bequeathed wind players some of their most charming and expressive music – think of those delightful concertos for oboe, clarinet, horn and bassoon. That team assembles for an irresistibly winsome quartet-concerto.

“Without the Jedi, there can be no balance in the force”

Experience the spectacular Star Wars: Return of the Jedi on the big-screen, with the Sydney Symphony Orchestra performing John Williams’ iconic score live to film.

Join a community of fellow Star Wars and music lovers and enjoy the best of both World. This is a great opportunity to enjoy 3 amazing days of Star Wars!

Chicago at the Capitol Theatre, Sydney

Honoured with 6 Tony Awards, 2 Olivier Awards, a Grammy and thousands of standing ovations, Chicago the Musical is coming to Capitol Theatre!

A true New York Institution, CHICAGO has everything the makes Broadway great: a universal tale of fame, fortune and all that jazz, one show-stopping song after another, and the slickest dancing in town.

Based on real life events back in the roaring 1920s, jazz slayer Roxie Hart shoots her lover and along with Cell Block rival, double-murderess Velma Kelly, they fight to keep from death row with the help of smooth-talking lawyer, Billy Flynn.

Created by the musical talents of John Kander, Fred Ebb and legendary choreographer Bob Fosse, CHICAGO’s sexy, sassy score includes “All That Jazz” and “Razzle Dazzle”, CHICAGO truly is “The sharpest, slickest show on the block” The Times, UK.

It would be a crime to miss it!

Fleetwood Mac are a British-American rock band, formed in London in 1967. They have sold more than 100 million records worldwide, making them one of the world’s best-selling bands.

In 1998, select members of Fleetwood Mac were inducted into the Rock and Roll Hall of Fame and received the Brit Award for Outstanding Contribution to Music.

So, don’t miss the beloved British-American band Fleetwood Mac as they bring their new-look here!

Other interesting events happening in Sydney in August

A three-day celebration of the best and most adventurous in today’s folk music from worldly beats to original voices, traditional music including ballads, celtic, shanties, blues, bluegrass, newgrass, bush music and beyond.

The biggest names in basketball will play in Sydney this August when North American rivals, USA Basketball and Canada Basketball will face off at Qudos Bank Arena on Monday 26 August 2019 (7.30pm).

Stay centrally located to all that Sydney has to offer and choose from a range of tailored accommodation packages to fit your travel needs, including those with breakfast, parking, late checkout, Sydney experiences and more.